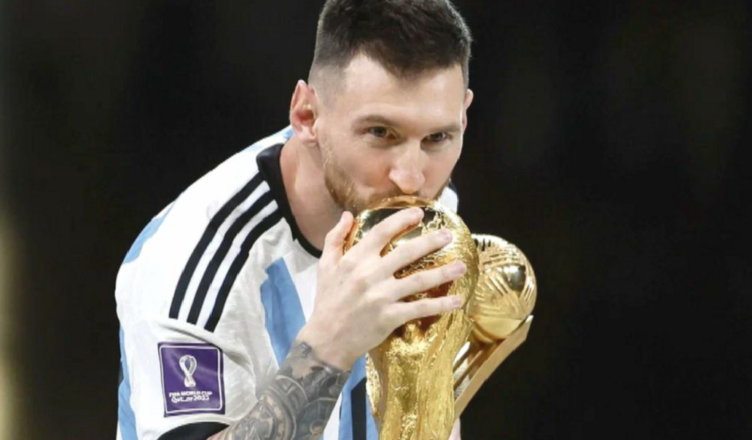 The age of Lionel Messi is 35. From our point of view, this is just the beginning of his life. But he is nearing the end of his soccer career, and the World Cup was definitely his last.

With the Gold Cup, Lionel Messi is leaving soccer in a very beautiful way. He is loved by Argentina now.

Everyone likes someone who wins. But for a long time, his home country thought of him as a European, far from his roots, who could only bring joy to the fans of Barcelona, where he grew up.

Even though Messi, who usually doesn’t care what his critics say, once said, “Argentina is my home, my family. I’d give up all my records if it meant making people in my country happy.”

Lionel Andrés Messi Cuccittini, who played game number 10, got it from the famous Diego Maradona, who held all kinds of records and titles, and he played four times for Argentina’s national team.

In the fifth, fate finally gave credit to one of the best players in history. On December 18, 2022, Messi played one of the best games of his career and scored three goals against France in the final game of the 2022 World Cup.

This was the third time that both teams played for the World Cup title. But only one team won, and that was Argentina.

Lionel Messi is also the player who has scored the most goals in the history of the championships of Spain, Barcelona, and Argentina. Known as one of the best football players ever.

Winner of the Ballon d’Or seven times and the Golden Boot six times.

The start of a famous story 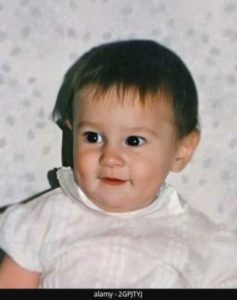 Jorge Horacio Messi, his father, worked in a steel mill. His mother, Celia Maria Cuccittini, cleaned on the side and raised four kids, including Messi’s two older brothers, Rodrigo and Matias, and sister, Maria Sol.

His father’s family is from Recanati, Italy. His ancestor Angelo Messi moved to Argentina in 1883. His other ancestors came from Catalonia.

The future football player had a pretty average school experience. His favorite classes were PE and music. There is now a museum about him at the school where he went to school.

When he started playing soccer professionally, he bought furniture, computers, and books for the school where he went to school.

Messi started playing soccer at the Grandoli children’s club when he was five years old. Messi’s family didn’t live close to the soccer team’s field, so his grandmother Celia took him to his first lessons.

She wanted very much for her grandson to play soccer. When Leo was 11, his grandmother died. He later dedicated most of his goals to her and raised two fingers to the sky when he scored.

When Lionel moved in, Grandoli started to win more often. Messi got the ball and quickly went around his opponents. He didn’t pass the ball to his teammates because he wanted to score on his own.

Outside of the field, Messi was often threatened by players from the other team, so his older cousins, who also played soccer, would take him to games.

Lionel’s father signed him to a contract with the Newell’s Old Boys when he was seven years old. This was the first contract Lionel ever had. Messi scored more than 500 goals for the club between 1994 and 2000.

The young athlete was given a diagnosis of somatotropin growth hormone deficiency when he was 10 years old.

At that time, he was 127 cm tall and about 30 kg heavy. The exam was long and took half a year. As a result, he was given injections on a regular basis.

The treatment cost a lot, which was a small amount for his poor family. Only two years of therapy were covered by his family’s savings and insurance, but he needed at least three. Jorge Messi, Lionel’s father, asked the Newell’s Old Boys for a loan, but they only gave them 400 pesos, even though Lionel’s treatment cost 1,000 pesos a month.

The family knew that their son could have a great future, and they were going to fight for his health.

The River Plate Club was interested in the talented child, but due to the economic crisis in Argentina, neither had the money to pay for the child’s treatment.

The best club for him 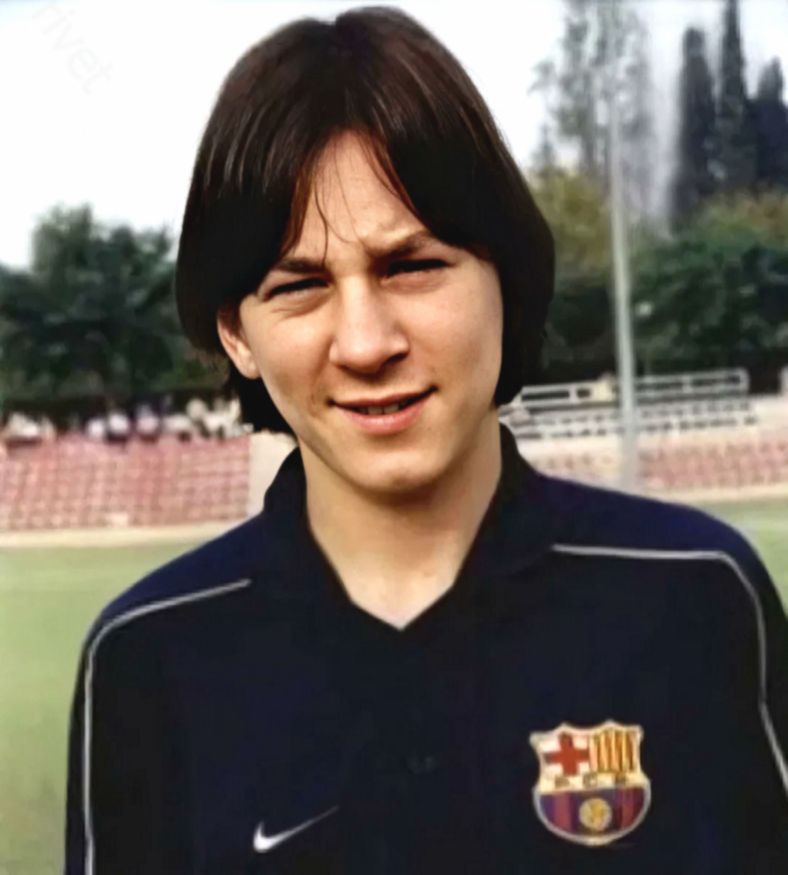 Lionel was 13 when soccer agents from Rosario, Argentina, Martin Montero and Fabián Soldini, who had connections with Barcelona’s management, promised Messi’s father that they would set up a screening at the club. Leo and his father then went to Spain.

On October 3, 2000, Messi played at a screening with 15-year-olds. Carles Resac, who is in charge of sports for the Blue Granatas, was amazed by the talent of the teenager.

He convinced the Barca board to pay for the boy’s treatment and move Messi’s family to Europe. This was because Messi didn’t want to live in a dormitory and, by law, he had to be with a parent.

On March 1, the final contract was signed. Messi was entitled to a payment of 100 million pesetas per year, as well as a number of other payments.

Lionel joined the youth team of Barcelona when he was 13. The whole family had trouble getting used to their new home.

Most people in Barcelona spoke Catalan, and Latin Americans were treated badly. After going home, the whole Messi family said they wanted to stay in their home country.

Only Jorge Messi insisted that they should get used to life in Europe and face problems together.

At the same time, Barcelona got a new general manager, Javier Farguel, who came with a plan to cut costs. He wanted Messi’s salary to be cut by five, to 20 million pesetas.

Messi’s father threatened to sign a contract with Real Madrid, which is Barca’s biggest rival, and even got in touch with their sporting director.

So, on December 5, 2001, Messi signed a new contract that was even a little better than the first. Leo, who was 14 at the time, had finished his treatment at this point. He was 169 centimeters tall, but he learned to use it to his advantage.

Angel Guillermo Hoyos was Messi’s coach at Barcelona until he was 16 years old. He came up with a way for Lionel to build muscle and made him the team captain.

Messi signed a new contract with Barcelona until 2014, which included a bonus for buying a house. The amount of money Messi had to pay to Barcelona stayed the same (150 million euros), but the amount he had to pay to other clubs went up to 250 million.

Lionel Messi won the Golden Ball for the first time in his career on December 1. Messi got 473 out of a possible 480 points and became the first person from Argentina to win the award.

Lionel Messi has scored 793 goals so far in his career. It would take more than an article to list all of his soccer skills. During the player’s career, there have been losses and a lot of injuries.

There were rumors that Messi would leave Barcelona as long as he played for the club. But every time, the player had to sign the contract again.

At the end of August 2020, the media started to talk about how Messi was getting more and more upset with what the Barcelona management was doing.

“I wanted to leave because the club hasn’t been making me happy lately. But my love for the club will never change, no matter how many times I leave or stay,” Leo said about the situation.

But the club has said that it wants to “build a team around the best player in the world.”

Also, Barcelona’s management has said that Messi can only leave if a potential buyer pays the option fee in his contract, which is 700 million euros.

Still, it’s time for Messi to say goodbye to the club that believed in him, helped him grow up, and raised him. He calls it “the team of his life.”

On July 1, 2021, Lionel Messi was no longer tied to any team. Messi is no longer a player for Barcelona for the first time in his professional life. This is because of the COVID-19 pandemic.

“I gave everything to this club. I wish I could have said goodbye differently. “I never thought this would be my last day at Barcelona,” Messi said at his farewell press conference, choking back tears several times.

According to the rules of the Spanish league, each team can spend no more than a certain amount. This amount is based on the club’s financial statements. Because of the restrictions put in place because of the pandemic, Barcelona’s income has dropped by half.

Participation in the Argentine national team 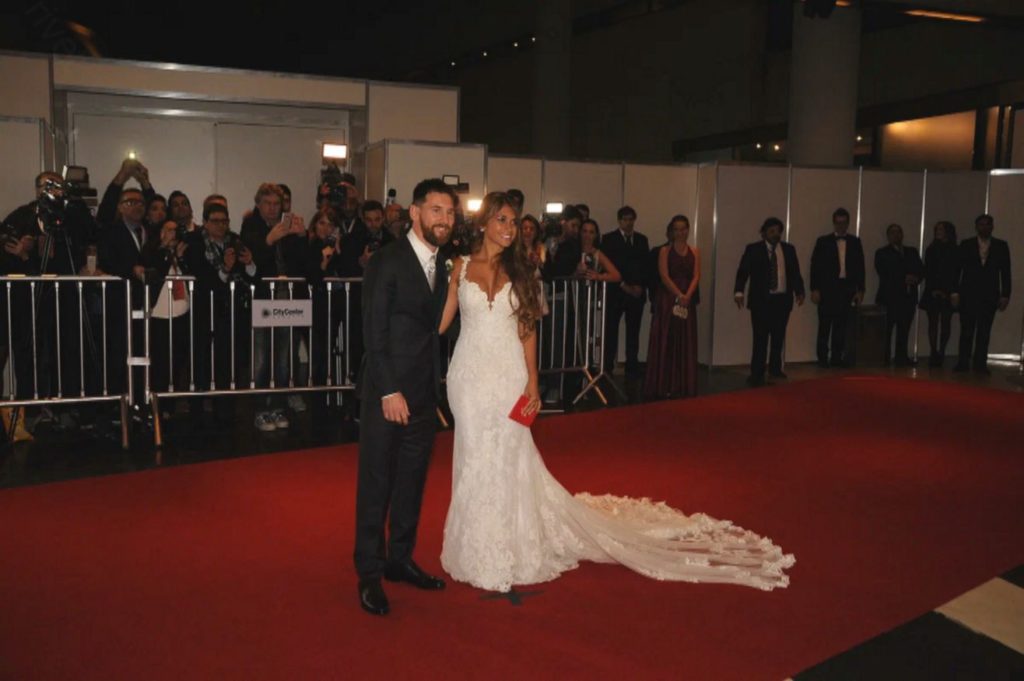 Messi got Spanish citizenship on September 26, 2005. He also kept his Argentine citizenship. Spain gave him the chance to play in international games for his country, but he chose to play for Argentina instead.

He made his first appearance at the World Cup in 2006. People from his own country didn’t all feel the same way about him.

Argentine President Mauricio Macri also told Messi not to leave, saying, “We are lucky to have the best player in the world in a soccer country like ours. It is a gift from God.”

Lionel Messi has been compared to Diego Maradona throughout his career because they both played at number 10 and have similar styles of play.

In terms of personality, Messi is the opposite of his predecessor, Maradona. Maradona was a rebellious and controversial person, while Messi is quiet and humble. He hasn’t been involved in any scandals, and what he does outside of football isn’t talked about.

Antonella Rocuzzo has been Messi’s girlfriend since 2008. They grew up together in Rosario and have known each other since they were 5 years old. Rocuzzo is the cousin of Messi’s best friend from childhood, also a football player, Lucas Scaglia.

Messi and Rocuzzo’s son Thiago was born on November 2, 2012. Messi got a tattoo of his first child’s name on his left shin. Mateo was born on September 11, 2015. He was the couple’s second child.

Leo has a close relationship with his closest family members, especially his mother Celia, whose face is tattooed on his left shoulder.

Messi’s father, Jorge, has been his agent since he was 14 years old, looking out for his son’s best interests. His older brother, Rodrigo, is in charge of routines and advertising.

Messi’s mother and one of his brothers, Matias, run both his charity and his business in Rosario.

Lionel Messi has worked with charities to help children throughout his career. This is in part because he had a hard time as a child.

Messi has given money to the United Nations Children’s Fund since 2004. (UNICEF).

In 2012, Messi paid for the full treatment of a 12-year-old Moroccan boy who wanted to play soccer but couldn’t because he didn’t have enough growth hormone.

Lionel also works with UNICEF, but in 2007 he started his own charity called the “Leo Messi Foundation,” which helps kids get medical care and go to school.

Messi started the foundation after going to a clinic in Boston for kids with terminal illnesses. It was there that he decided to give some of his money to charity.

Messi also puts money into soccer in his home country. He backs the soccer team Sarmiento, which is based in the same neighborhood where he was born, Rosario.

Since 2008, Messi has been one of the best-paid athletes on the planet. Messi became the second soccer player and the second athlete in a team sport after Cristiano Ronaldo to earn more than $1 billion during his career. This happened in 2020.

Messi makes a lot of money from advertising contracts, as well as from his salary and bonuses.

It’s too early to say what will happen when Lionel Messi decides to end his soccer career. But we can be happy that the world champion title went to the athlete who may have deserved it the most.