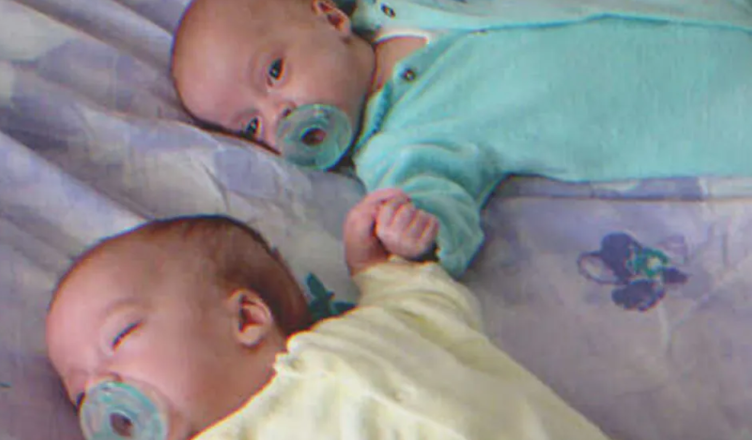 Life was perfect. What could be better than a loving, cozy nest? My wonderful husband, William, and our three young children made my life happier and busier every day.

We weren’t rich, but we celebrated every little delight, and William’s twenty-seventh birthday was another special day of fun, family, and celebration.

My in-laws, relatives, and friends attended our birthday party in our house. Well. William’s toast brought laughter and joy to our modest abode.

Marla, my mother-in-law, added another toast.

William was mortified. Some cheered and congratulated my mother-in-law, while others whispered. My spouse raged. I grasped his hand and signaled calmness.

Because we were having another baby, I knew he would find it hard to accept. My spouse became a brother while we dreamed of becoming parents again.

“Jessica, you don’t understand—how could Mom do this? She’ll turn fifty-one? How? William raged. I was between my husband and his mother.

My mother-in-law and her husband had been having relationship issues for a while. She may have imagined babies would reconcile them.

I felt sad for my mother-in-law. I knew she hadn’t decided overnight. She planned and used all her savings.

After months, my mother-in-law had twins a week after her fifty-first birthday. I stayed with her in the maternity ward since it was complicated.

When her two infants cried, all her anguish and trouble vanished.

As I watched her cry endlessly while holding her children, I knew she was the happiest. I cried too.

Honey, Daddy had an accident. He died instantly.”

“WHAT?” I asked, dropping the phone and glancing at my mother-in-law, who was delighted snuggling her babies. How do I tell her her husband died? I cried outdoors. However, the truth would emerge.

My mother-in-law worried about her spouse after a few days.

He was speechless. We didn’t know how to inform his mother.

As we returned home with my mother-in-law and her babies, our hearts raced.

After seeing the framed photo of her late spouse with flowers, wreaths, and candles, my mother-in-law almost fainted. She knew he was gone forever.

After a few weeks, my children and I supported my mother-in-law as the sadness subsided. We helped her with her babies during her postpartum issues.

Just when we thought things had cooled down, my mother-in-law called me to reveal a secret. She requested a promise when we met privately.

“Jessica, will you adopt my children?” Mother-in-law cried.

I have terminal cancer. “I’m running out of time,” she said.

Hearing this shattered me. There was more. My mother-in-law then revealed a horrific truth she and her late husband had kept from William throughout their lives.

David and I hoped adopting William would help our relationship. We loved him too much. Even though David’s infertility disturbed us.”

I knew it was crazy, but I wanted to be a mother in my forties before menopause. IVF helped me have my own children.”

I should have done it previously, but society’s dread tormented me. I realized society wasn’t suffering… I did.”

My mother-in-law adopted my husband, which surprised me. Worse, he was unaware.

How will I tell him the truth? Tell him and ruin his peace? “Will I die with this secret?” I wondered.

My mother-in-law broke my silence by pleading with me to care for her babies when she died.

I had three children, William had begun a new job, and our income barely covered our expenses.

Her children would double her responsibilities and costs. I couldn’t decide, but I offered her my shoulders.

I was prepared for the challenges ahead. I lived in an orphanage and know how hard it was without parents. I wouldn’t give my mother-in-children law’s that gloomy life.

My mother-in-law died from her sickness months later. I expected this, but not so soon.

After her burial, I told William. I had to hurt him.

“Honey, there’s something I want to tell you,” I said, staring into William’s sad eyes. He clearly missed his mum.

“I promised your mother to adopt her babies. We’re needed. Raise them. Honey, we can’t leave them.”

My spouse embraced me hard and cried on my shoulder. He confessed to jealousy of his newborn siblings.

After they lost their parents, he understood they needed him.

I fostered and raised them. My husband told me he was waiting to discuss and get my approval.

Dear, I’m so lucky to have you. You showed me sincere love. My mother’s babies disgraced me. She baffled me. “But now I miss her, and I want to tell her how much I love her,” she cried.

Sighing, I hugged William. My ideas were still nagging. Tell her he was adopted?

That day, I vowed to be a good mother to my five children and keep my husband’s adoption secret to my death.

Love is heartfelt, not genetic. He loved his parents and never wanted to hurt them.