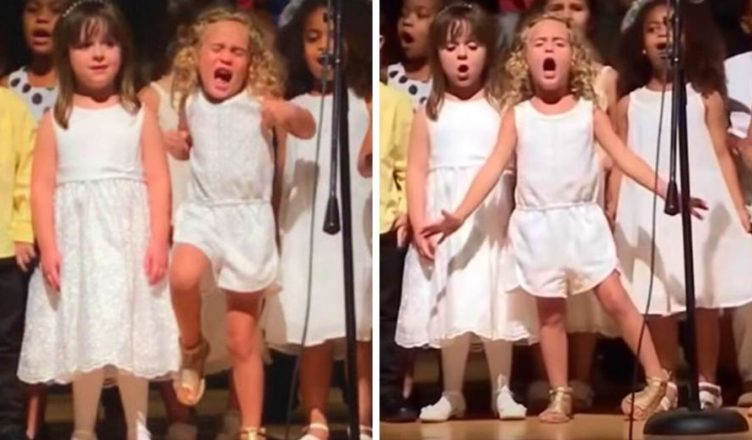 Who doesn’t look forward to their child’s school ceremony, particularly when it includes performances of singing and dancing? The adorable activities that children put on display never fail to put a smile on our faces, which in turn helps to improve even the most difficult of circumstances. Yet some kids stand out more than others do.

What’s even better is when there are kids that stand out in these performances and steal the stage with their sweetness and courage.

During her preschool graduation, Sophia, who is just 4 years old, delivered a spectacular performance. The whole event was caught on video and uploaded to YouTube, where it received about a half a million views and countless amounts of likes and comments. We can see Sophia in the first row, all geared up and ready to shine in the video, and that is exactly what she does when the song that seems to be her favorite starts playing.

The moment the little girl hears the first words of the song “How Far I’ll Go” from the soundtrack of “Moana,” she quickly takes on the role of Moana and begins acting as if she were the character herself. A future superstar in the making. Sophia doesn’t care what other people do around her. All she wants to do is sing the song as well as she can, which she does very well. 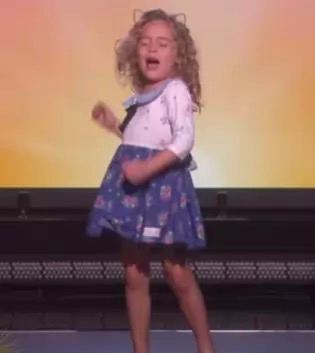 Despite the fact that there are several preschoolers all around her, she sings and plays the song together with them while making bold movements as if she were the only performer on stage. Although there is a girl behind her who sometimes gestures at Sophia, the other kids don’t seem to be very worried by her sticking out. We bet she just wanted her parents to be able to see her in the video with all the action going on right in front of her.

Throughout the song, the lip-syncing queen continues to perform with the same passion, giving her everything. She is really fantastic! The little girl’s performance was so well received that Ellen DeGeneres offered an invitation to Sophia to perform on her show. Sophia did, in fact, speak briefly with Ellen during which she expressed feeling “happy and excited” about the fact that her performance had gone viral. For Ellen, she also brought a little artwork of Dory from Finding Nemo, which the TV hostess had trouble recognizing. 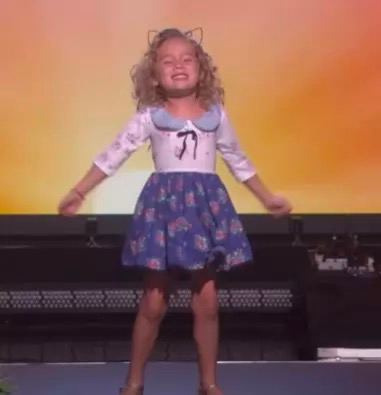 In the video below, see Sophia steal the spotlight during her preschool graduation!