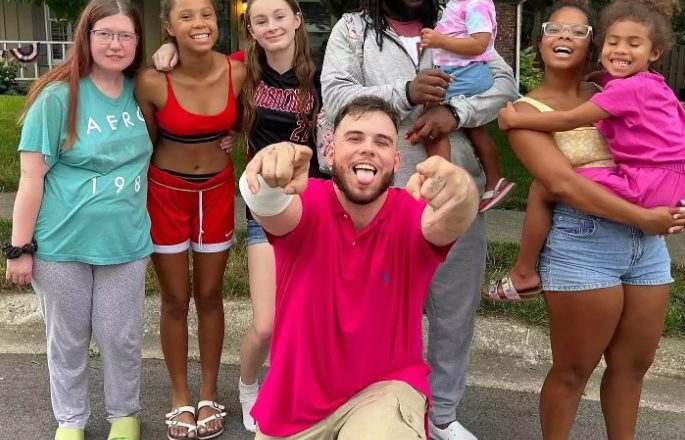 Nick Bostic, 25 years old, is speaking out after he rushed into the house not once, but twice to rescue the children, aged 1 to 18, from the smoke and heat…

As word of Nick Bostic’s courageous response to a house fire spreads, additional details are emerging.

In Lafayette, Indiana, on July 11, an Indiana father entered a blazing home not once, but twice, to save five children aged one to eighteen.

As the titanic endeavor drew its triumphant conclusion, Bostic seized the last child on his second entry, busted a window, and jumped two storeys with the infant in his arms. Since then, the terrifying events have caught the nation’s attention.,

Bostic, 25, said ABC News, “If the opportunity arose again and I had to do it, I would.” “I realized the risks I was taking. I realized that the next second could be my last. But every second was crucial.”

The rescue began when Bostic left his home that evening to acquire gas for his vehicle. Bostic was unable to call 911 when he witnessed the two-story house engulfed in flames shortly after midnight, prior to the arrival of first responders, since he had forgotten his cell phone.

Lafayette police stated in a statement, “He quickly stopped on the lane, threw his vehicle into reverse, circled around, and pulled into the driveway.” He realized he had to act.

He dashed to the back of the house, where he discovered an unlocked door, and began yelling inside to warn the residents of the fire, police said. He examined the likelihood that everyone had already evacuated after receiving no response.

“He chose to enter without risking the chance that someone was still there,” they continued.

Bostic told ABC News that he raced up the stairs despite the heat and smoke and encountered four children: a 1-year-old, two 13-year-olds, and an 18-year-old. Then, he led them down the stairs and out the door.

“I asked whether anyone was still inside, and they informed me that the 6-year-old was,” he claimed.

“According to the police, he raced back into the burning house without hesitation. Not knowing where the youngster was, he went to the last location where he found children, which was upstairs.”

“He desperately searched the rooms, even looking beneath the beds, but to no end; he was unable to locate the youngster,” police added. “He began to descend the steps but was instantly stopped.”

They said, “He reported peering down the stairway into a ‘black lagoon’ of smoke and believing it was impossible to proceed that way.” When he heard a child crying downstairs, he moved to a window in order to leave the house. 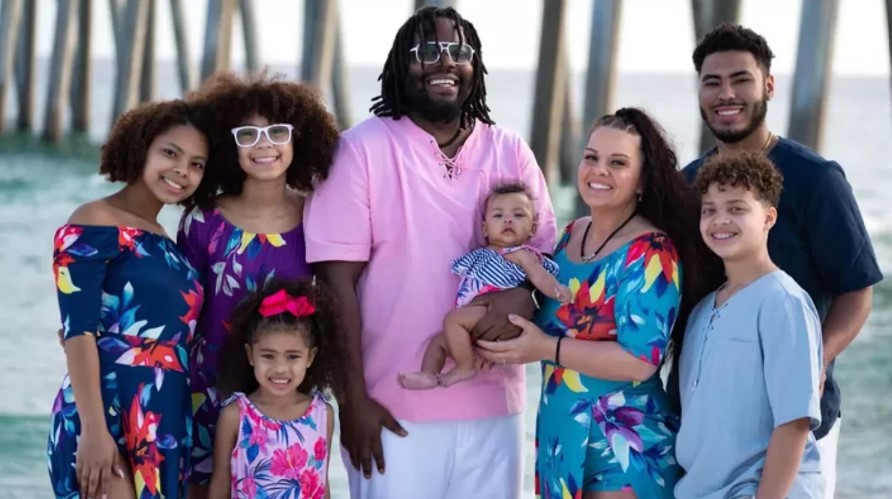 Bostic described to police what police perceived to be his “inner conversation” “He knew he was there to save the child, and despite being terrified by the fire and smoke downstairs, he refused to leave,” police said in a statement.

According to authorities, Bostic “tied his shirt across his lips and nose and dove into the darkness.” “It was so dark that he could not see anything in front of him, and the heat from the flames made him feel as though he were heading into an oven.

Nicholas crawled on the ground, felt with his hands in front of him, and used the child’s cries to locate her in the darkness.”

Police reported that Bostic used his bare hand to break a window on the second floor, but in his rush to flee, he left the window open “The child’s leg became twisted in the shackles’ pull cord.

Nicholas realized he was rushing and slowed down accordingly. He untangled the line and jumped from the window, landing on the side on which he was not carrying the child.”

In a video of the incident later released by authorities, Bostic can be heard shouting, “I need air,” the Lafayette Journal & Courier reported. However, he and the girl reached safety.

Bostic says in the video, “I can barely breathe.” “Is the child okay? Please assure me that the infant is healthy.”

The girl’s foot, according to police, sustained only a slight laceration.

“David Barrett, who was out with his wife on a date night and left their 18-year-old daughter Seionna to babysit her three siblings and her sister’s friend, stated, “I feel like he was sent by God. He preserved something of immeasurable value.”

Barrett, an assistant administrator at Tecumseh Junior High School, told a Substack website based in Lafayette, Indiana: “I have no words to explain my feelings. He rescued my infant.”

“Panic was the last thing I could afford to waste a second on,” Barrett told ABC News.

Since Bostic’s intervention, a GoFundMe campaign has been collecting money to assist the Barrett family in their recovery. In the meantime, a secondary Facebook fundraiser was created to assist “Our Hero Nick,” who was momentarily hospitalized to recover from his injuries.

According to a police statement, Bostic has “impressed many with his courage, persistence, and unwavering composure.”

Bostic has maintained his modesty in the face of acclaim, telling ABC News, “I’m delighted I was there at the right time, at the right place.”