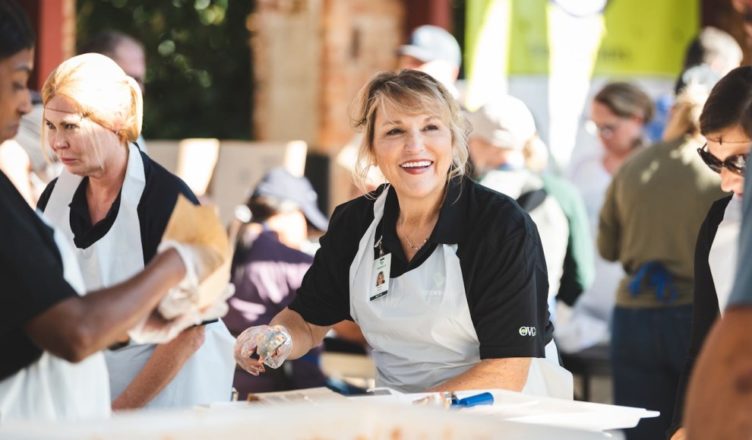 This week, a community in South Carolina made 10,000 sandwiches in a single day to donate to local food banks, schools, soup kitchens, and shelters.

The 200 volunteers in Greenville were also commemorating the incredible legacy of Eugenia Duke, a local woman who defied all conventions a century ago by starting her own business and supporting soldiers in World War I..

Eugenia Duke and her daughter Martha began selling handmade sandwiches at Army canteens for 10 cents each in 1917 to supplement their family’s income in Greenville during World War I.

Her pimento cheese, bacon, and mayonnaise sandwiches were extremely popular, and she received so many requests from soldiers at neighboring Camp Sevier that four years later she began bottling her homemade mayonnaise.,.

Her Duke’s Mayonnaise became a popular condiment that is still available on supermarket shelves throughout the majority of the United States. 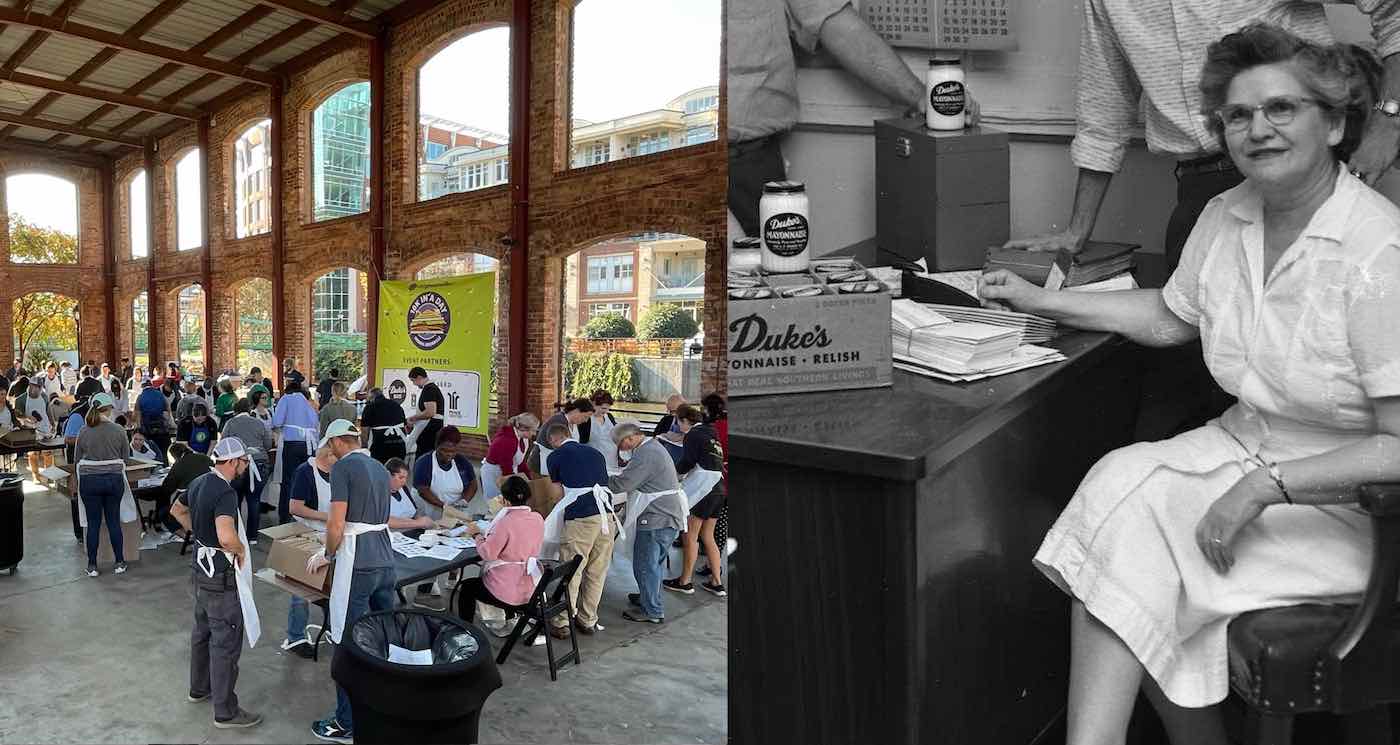 The volunteers utilized around one ton of homemade pimento and cheddar cheese salad to build 10,000 sandwiches inside the historic pavilion in the heart of the city, which was the original site of the Duke’s Mayonnaise factory.,.

They were following in the footsteps of Mrs. Duke, who famously cooked 10,000 sandwiches in one day to help World War I soldiers…

Meals on Wheels delivered the sandwiches, Loaves & Fishes distributed the food, and Duke’s donated one hundred gallons of its renowned sauce.

VisitGreenvilleSC, which planned the entire operation, was assisted by equipment and personnel from other area hospitality businesses.

The Good Samaritans constructed production lines and labored nonstop for six hours to reach the 10,000-sandwich target, serving thousands of Greenville residents with gourmet sandwiches during the season of giving while commemorating one of America’s first female entrepreneurs, Eugenia Duke.