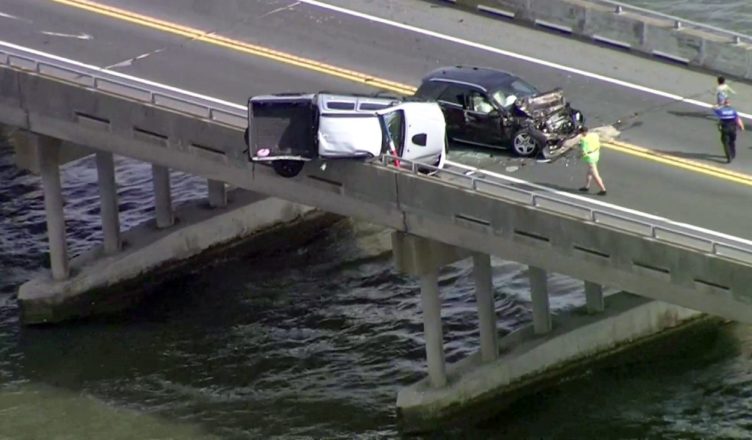 Jonathan Bauer is frightened of heights, yet this did not prevent him from jumping from a bridge 25 to 40 feet to the water below in order to save the life of a young child..,

Bauer and his adolescent daughter Ava were conducting errands on the Route 90 bridge over Maryland’s Assawoman Bay on May 2, when they were involved in a severe five-car collision.

The accident sent eight individuals to the hospital and dangled a pickup truck precariously over the rails.

After ensuring Ava’s safety, Bauer exited his vehicle to determine whether anyone else required assistance.

As he approached the teetering truck, the passenger alerted him to a heartbreaking sight: a toddler who had been thrown from the passenger side was floating in the bay, her pink frock billowing in the waves.

“I looked over and saw the car seat and a few other belongings, and then about six feet away from the car seat I saw the child floating perfectly on her back with her arms and legs kicking,” Bauer told WJLA. 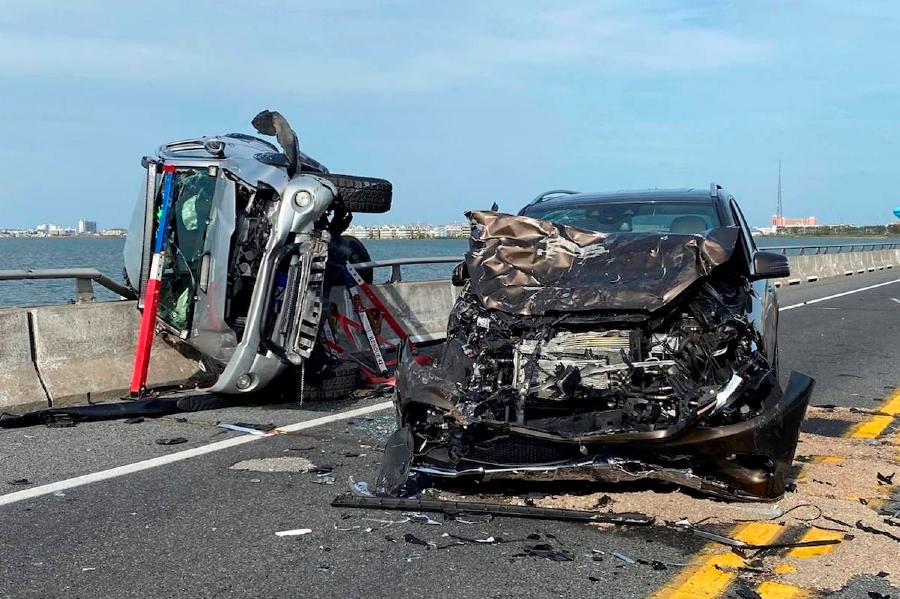 Bauer scanned the water for adjacent boats that could provide assistance and discovered none. When he switched his attention back to the child, he realized she was in danger.

“She had rolled onto her stomach, and her face was submerged in the water,” he explained.

Bauer ordered at his daughter to pull over the first firefighter or emergency medical technician she saw. Then, he simply removed his shoes and dove in headfirst.

He swam to the child, who appeared to be only partially conscious after resurfacing unharmed. He slung the infant over his shoulder and stroked her back until she began to cough and eliminate the water from her system.

Joe and Alayna Oertel, who had observed the unfolding of events, arrived shortly thereafter. The Oertels raced Bauer and the 2-year-old to the 66th Street off-ramp, where paramedics were waiting for them..

The girl was taken to the Johns Hopkins Children’s Center in Baltimore for care and evaluation. (She has since been released and is expected to recover fully.)

Bauer, overcome by the encounter, silently slipped away without acknowledging his bravery. Even after details of the occurrence were made public, he originally attempted to conceal his participation, preferring to remain an anonymous good Samaritan.

However, his neighborhood was keen to demonstrate its thanks. The request was granted.

On May 7, at a “kitchen table” press conference held at Ocean City’s Fire Station 3, Bauer was reunited with Joe and Alayna Oertel, as well as a number of the first responders who were present that day.

During the ceremony, Bauer described his experiences with the tragic events in an emotive manner.

While he was lavished with acclaim and granted a plaque to remember his courage, it was evident that saving a life was the only thing that truly mattered.,,.