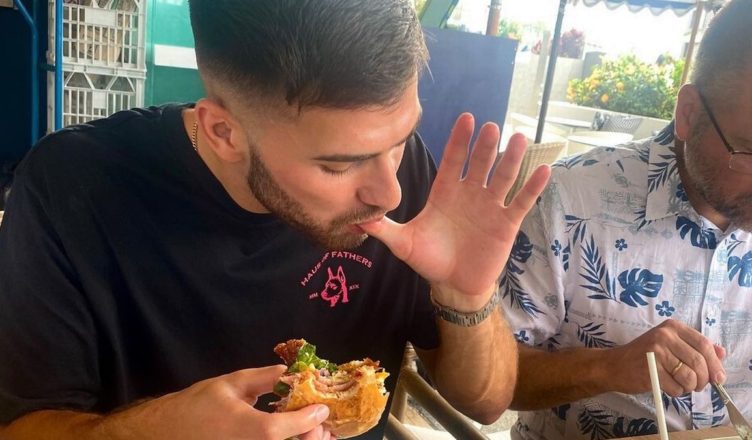 Owen Warner is having a good time trying to gain weight on this year’s I’m a Celebrity… I want to leave!

The Hollyoaks actor, who is 23 years old, made fun of his love of food on social media early today. He is getting used to life in the real world again after Sunday night’s live final.

Owen, who came in second place behind the “Queen of the Jungle,” Jill Scott, told his fans that he was trying to gain weight after eating mostly rice and beans in the jungle and losing more than a stone.

The soap star didn’t hide the fact that he missed his food while he was in camp. Last week, ITV viewers were crushed when the hungry actor missed out on winning some chocolate brownies because his campmates failed the daily Deals on Wheels challenge. 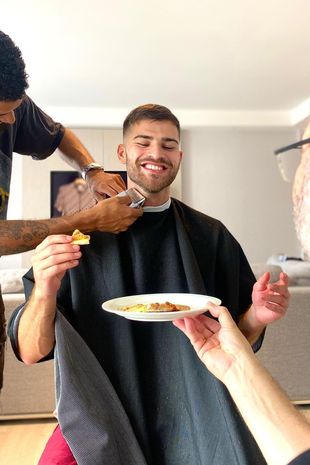 Owen and Chris Moyles were told they had answered the question wrong, and as they watched the plate of brownies disappear, the hungry Hollyoaks star fell to the floor with his head in his hands, unable to comfort himself.

But now that he’s out of the jungle, Owen doesn’t waste any time eating all kinds of sweet treats and meals.

The I’m a Celebrity runner-up posted a bunch of photos to his Instagram page today. One shows him eating a meal while getting his hair cut, and another shows him wolfing down a burger at a nearby restaurant. 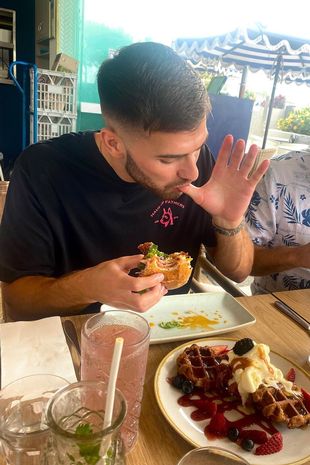 He also said, “Slowly getting back to real life (and gaining back the 8 kg I lost in the jungle) [Smiley-face emoji] #FeedOwen.”

One of the star’s fans wrote under the post, “All aboard the gain train.” Another said, “Ahahaha this guy man is back in his natural habitat, all trimmed up and hungry.”

Owen talked about how he went into the jungle weighing 13st 3oz but left weighing 12st 2oz, which was a big change, after the I’m a Celebrity final on Sunday night.

He told the Mirror, “Since I left, I’ve eaten a lot. I got a haircut while eating pizza. Every time he stopped cutting my hair for a second, I stuffed pizza in my mouth. 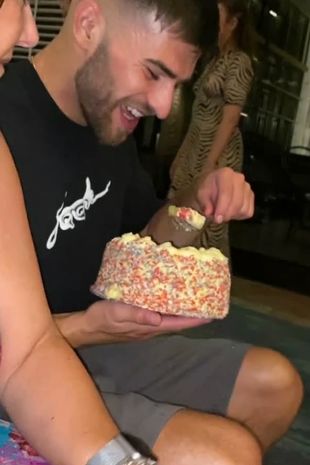 “I think I’m just going to eat as much as I can this week and start going to the gym next week.”

The latest winner of I’m a Celebrity is Jill also talked about how she got by for three weeks on just rice and beans.

“To be honest, I wasn’t that bad,” she told the Mirror. “They were keeping an eye on us, and it was probably just hunger. You don’t know how many calories you’re getting, but you’re taken care of.”