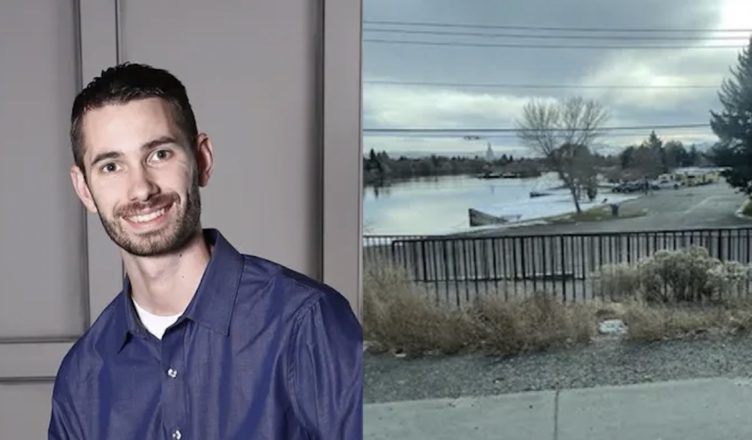 On the morning of November 12, a brave Utah guy jumped into a frigid river to save a woman who had attempted suicide.

Dane Entze and his wife were on their way home from a weekend excursion to commemorate their anniversary.

They were crossing John’s Hole Bridge in Idaho Falls, Idaho—the location of the couple’s first date—when they came to another “life-altering moment.”

“My wife spotted a car driving down the boat ramp and entering the lake while peering down from the bridge above,” the 36-year-old told Fox Weather.

Dane jumped out of the car, scaled a barbed wire fence, and ran to the boat launch while his wife dialed 911.

He claimed to have seen the car drop into the Snake River, which is notorious for its hazardous undertow. But then the woman appeared, and he yelled to her, asking if she was okay.

After saying Dane, ‘I’m committing myself, and I don’t want to live anymore,’ she began swimming away from shore.

While the river took up her automobile, he swam 120 feet from the shore to rescue the woman back to the bank, despite the frigid water and 19-degree temperatures outside.

Entze claimed the woman lacked the strength to oppose him and desired to be left alone, but he ignored her request.

“I knew we were running out of time,” he admitted to the Fox digital team.

The first responders arrived to help and brought the patient in stable condition to the hospital for a mental health evaluation and other support. They also extracted the submerged automobile.

“We would like to show our gratitude to the Good Samaritan who risked their own life to save another,” said the Public Information Officer for the Idaho Falls Fire Department.

“We are quite grateful that both parties were able to escape the frigid water.”

Dane said it made him recognize the difficulties that others face, and he has since spoken with the woman’s family, who hopes to see him soon.