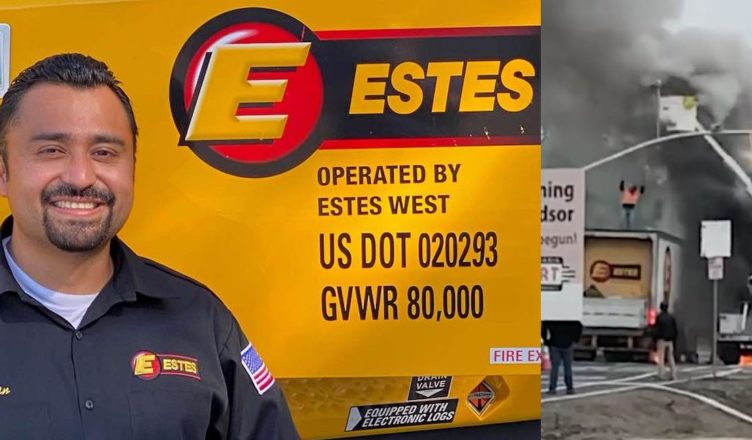 When a trucker was in the right location at the right time to save a utility worker stuck in an elevated bucket truck that had caught fire below, he became a hero.

With only minutes before the truck exploded, a police officer dashed up to a tractor trailer parked at a nearby crossroads.

Efrain Zepeda, the driver, went into action, placing his trailer beneath the utility worker in Santa Rosa, California, without regard for his personal safety, to provide the man with a chance of escape.

Despite being surrounded by clouds of black smoke and flames, the worker was able to jump down onto the truck and avoid major harm or death.

“It’s nothing short of a miracle that our driver, Efrain, arrived just as this man required help in such a grave condition.”

“There aren’t enough words to describe his bravery and quick actions that allowed the worker to flee,” said Webb Estes, the company’s vice president of process improvement.

“At Estes, the safety of everyone on the road is our top priority, and Efrain’s heroics epitomize this perfectly.”