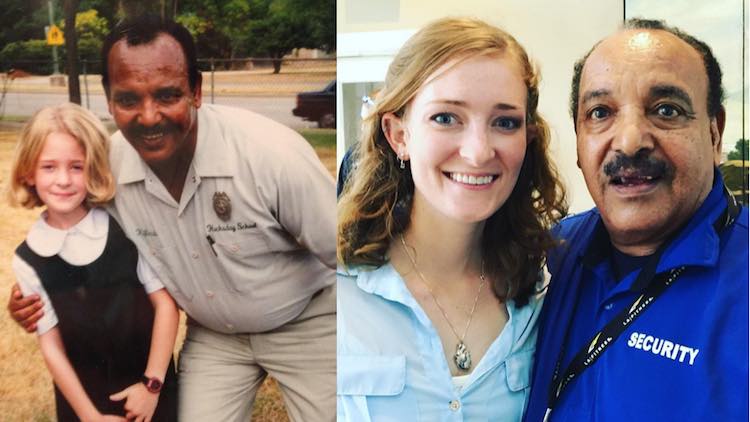 On the day of their graduation, he was the last person many of the students saw before leaving the school, and he was also the one person who could be relied on to remember them whenever they came back.

Kifleab Tekle, who was affectionately known as “Kief,” spent 30 years ensuring the safety of the female students at the private school.

She began by assisting the children in crossing the street while they were in kindergarten and continued to monitor their development up until they left for college.

Even many years later, after they had left Hockaday School in Dallas, Texas, visiting graduates would be met at the front desk by a smiling Kief, who would instantly recognize them, call them by name, and enquire about the members of their family.

Alumni made the decision to start a fundraising effort for a gift after learning that Kief was going to retire this week.

The Class of 2005 aimed to raise $2,000 in symbolic dollars in their fundraising efforts.

Even the event’s organizers were taken aback when the GoFundMe page for the cause received $185,000 thanks to contributions from over 2,000 people.

Kief was taken aback and overtaken by the outpouring of gratitude that was shown to him.

This act of kindness is something that he won’t forget, just as he’s been able to recall people’s names for the past 30 years.