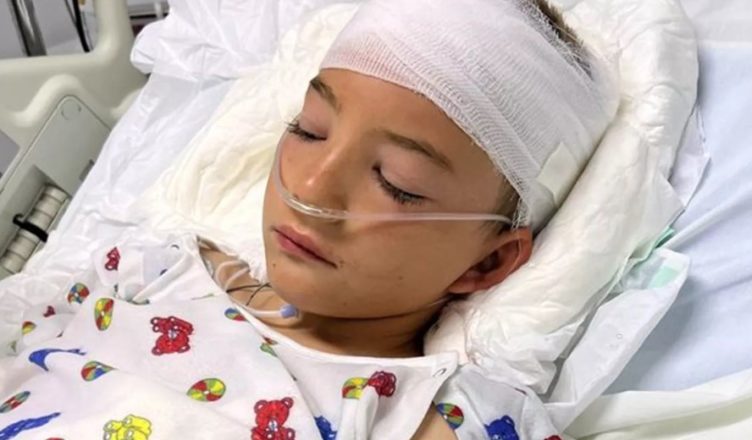 What started out as a dream vacation turned into a parent’s worst nightmare when an 8-year-old boy got seriously hurt while horseback riding in Belize. His family says that he is “fighting for his life” right now.

Mom Heidi told ABC station KMGH-TV that when the Keryan family stopped in Belize on their first cruise, they decided to go on an excursion to a monkey sanctuary that included horseback riding.

The horse “got scared and started running” while Stefan was on it, according to a GoFundMe page set up by Stefan’s family to pay for his medical bills.

During an interview with CBS station KCNC-TV, his mother said, “He ended up being dragged by the horse for almost two miles on gravel pavement on his back and on his head.”

“My older daughter and I were already back when we saw him being dragged, and we were eventually able to catch up with him,” she said. “Someone got in a car, and the horse was stopped.”

Stefan’s family said that as a result, he got third-degree burns on his back, arms, and leg, and he also had to have surgery to replace a piece of his scalp.

She told KCNC-TV, “He’s in the hospital fighting for his life.” “They got him stable, but they can’t give him the care he needs, especially since his injuries are so bad.”

The family told KMGH-TV that they would need a medical plane to get him back home, which could cost tens of thousands of dollars.

The family set up a GoFundMe to pay for the medical flight, and as of Monday, they had raised over $64,000. But in the end, a local news report put them in touch with someone who could help.

Geno Haggan, the owner of a medevac service in Colorado, was moved by the family’s story when he saw it on KCNC-TV. He helped the family for free right away.

The owner of Peak Medevac International told the outlet, “It gives me a lot of pride to be able to do this for someone.”

The transportation service wrote on their Facebook page that they are “happy we could help this little guy get back home to Denver.”

KCNC-TV says that Setfan got back home late Sunday night and was then taken to a children’s hospital in Aurora.

There, Stefan, according to his family, “will get the specialized care he needs to get better.”

A family member wrote on GoFundMe over the weekend, “Thank you all for your prayers and kind donations.” “We’re lucky to have you all in our lives.”