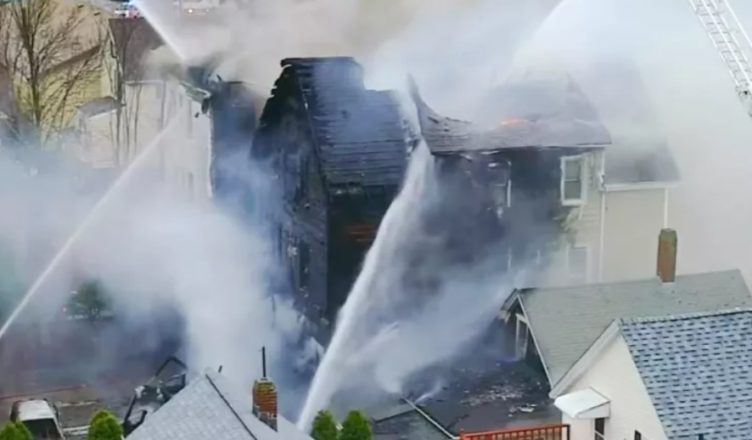 On Thanksgiving in Massachusetts, someone tried to deep-fry a turkey, but things went horribly wrong when a fire got out of control and destroyed three homes and seriously hurt one woman.

Jennifer Mieth, a spokeswoman for the state fire marshal’s office, told the Boston Globe that the incident happened on Thursday when a turkey fryer on the back porch of a home in New Bedford caught fire and the flames spread to two homes on either side of the property.

The outlet said that a woman in her 60s was hurt and taken to St. Luke’s Hospital.

Mayor Jon Mitchell of New Bedford said that the fire forced 27 people to leave their homes.

In a video he posted to his Facebook, he said, “Thank goodness everyone got out safe.”

Neighbors told CBS affiliate WBZ-TV that they heard an explosion before a fire quickly spread to houses on both sides of where it seemed to have started.

Sandro Semedo told the outlet, “I smelled smoke, and then everyone got scared.”

Another neighbor said the fire started when a man tried to fry a turkey in a deep fryer.

Maui Carvalho told the news station, “He says he was cooking the deep-fried turkey when the propane tank exploded.” “I thought I heard thunder when I heard an explosion.”

WBZ-TV said that the fire destroyed two “triple-deckers,” which are three-story homes with one unit on each floor, and one single-family home.

The National Fire Protection Association says that Thanksgiving is the most dangerous day for cooking fires in American homes. The day before Thanksgiving and Christmas Day come in second and third, respectively.

Cooking is the main cause of house fires and fire-related injuries in the U.S., and the NFPA website says that deep-frying turkeys, which involves dropping the meat into a vat of boiling oil, is strongly discouraged because the oil could overheat and spill out onto the ground and nearby area.

Scott Kruger, the acting fire chief of New Bedford, told WBZ-TV on Thursday, “People are amateurs, and I’m one of them. Things don’t always go well.”