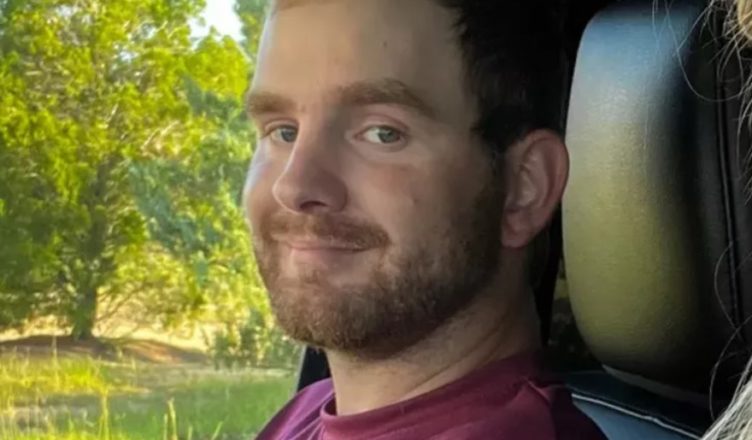 James Michael Grimes, a construction worker from Valley, Alabama, was supposed to have a relaxing Thanksgiving cruise to Cozumel, Mexico.

Instead, he fell overboard and was in the Gulf of Mexico for hours before he was saved. He says that his daughter helped him stay alive in this week’s issue of PEOPLE.

Grimes, who is 28 years old, says that when he was alone at sea with nothing but his clothes and not even a phone, he kept thinking about how much he wanted to see his 9-year-old daughter Annabeth.

He also made up songs to sing to himself.

Grimes got on the Carnival Valor in New Orleans on November 23 with the intention of spending time with 17 family members from his mother’s side.

“That first night after the ship left New Orleans, I had some beer and wine, and then I won a free drink in an air-guitar contest,” he says.

Grimes says that was his last memory of the cruise because he fell overboard into the Gulf of Mexico after leaving his family at a bar.

He says, “The next thing I remember is waking up in the water.” “The boat could not be seen. I thought, “Wow, this is actually happening.” I’m out in the ocean.'”

The next day, his sister couldn’t find him and reported him missing, which led Carnival and then the U.S. Coast Guard to start a big search while Grimes, who was tired and drifting, tried to stay afloat.

Grimes says, “My biggest fear has always been drowning, so I told myself I wouldn’t stop swimming.”

Grimes says that over the next few hours, he ran into “two swarms of jellyfish that hurt me pretty badly all over my legs, arms, and neck.”

But seeing what he thought was a shark was the scariest part: “I saw a fin about 15 feet away that was coming toward me,” he says.

“I put my head under water and opened my eyes to see it. I’m not sure if it was a shark, but it bumped my leg, so I kicked. It was never seen again.”

After the sun went down, he says, he saw two ships and swam for hours to get to them. “I got so sunburned that by the time night came, I was really shaking.

I told myself that I had to get to one of those boats. I didn’t know how long I could keep going.”

At some point, he got close enough to a ship that someone saw him. “I saw someone on the deck and started shouting, ‘Help!'” Grimes says.

“Someone put a flashlight on a life jacket and threw it, but the waves kept pushing me away from it.”

Grimes eventually heard a voice yell, “The Coast Guard is coming in 15 minutes!” “A helicopter flew over me a few minutes later. I took off my boxers and waved them over my head to get their attention.”

Grimes says that a rescuer swam to him and put him in a basket that was flown to the helicopter. Grimes told the person who saved him that he didn’t know how much longer he could have survived after almost 18 hours in the water.

Matt Lupoli, Carnival’s senior manager of public relations, told PEOPLE after the rescue, “We really appreciate everyone’s help, especially the U.S. Coast Guard and the mariner who saw the guest in the water.”

Grimes was in the ICU for five days while he got better. Without insurance, he will have to pay for his medical bills out of pocket. His sister Sherry is starting a GoFundMe campaign to try to get help with this.

“I’m still hurt and bruised, but I’m lucky to be alive,” he says.