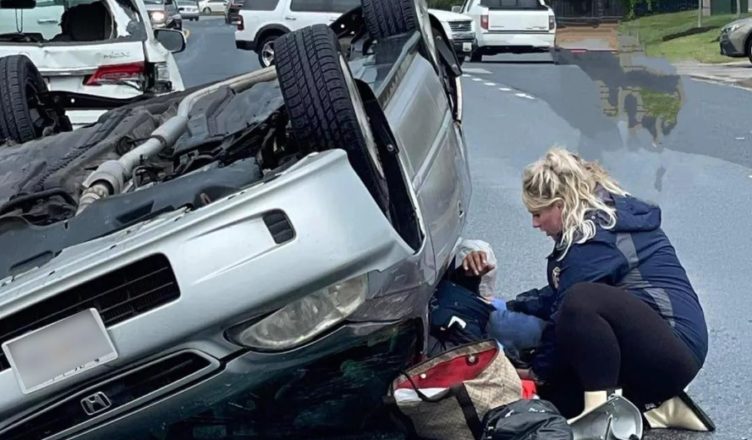 When the crash happened earlier this month, Megan Warfield was “just a week or so away from her due date,” according to her volunteer fire department.

After a serious car accident earlier this month, a pregnant firefighter in Maryland didn’t let labor stop her from helping a person trapped in a car.

She gave birth to her third child in less than 24 hours.

Early in October, Megan Warfield was in a “major” car accident, according to a Facebook post from the Bowleys Quarters Volunteer Fire Rescue and Marine.

She had just finished hosting a memorial golf tournament for her late father.

The volunteer firefighter was “just a week or so away from her due date,” the department said.

After the crash, Warfield “immediately” got out of her damaged car and ran to help the person who was stuck in the other, overturned car.

Today says that the crash made the 30-year-old mom go into labor, but she ignored the pain to help the other person.

“The cramping was so bad, I don’t know how I did what I did,” Warfield said on the NBC morning show on Oct. 13. “I must’ve just been running on adrenaline.”

Today says that Warfield, who also works for the Baltimore County Fire Department, did her best to keep the woman calm until more help arrived. 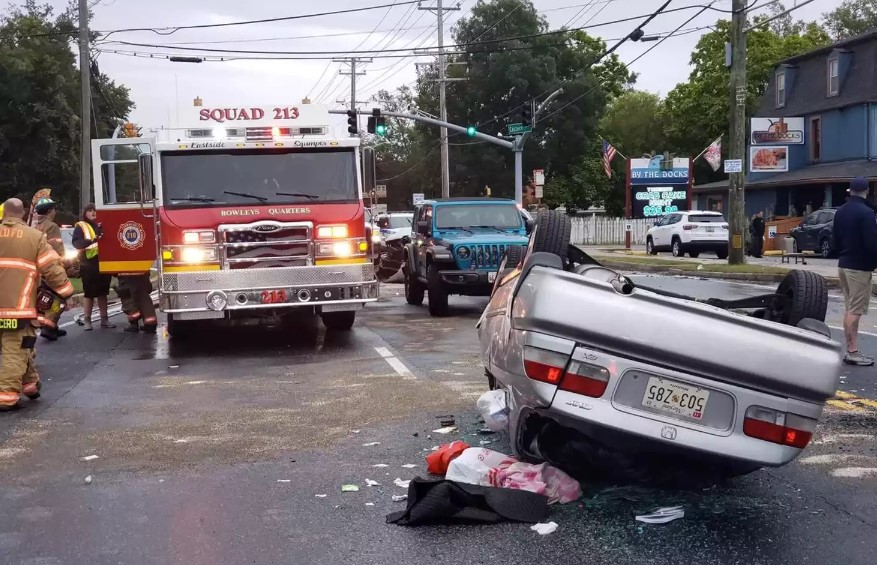 “I started to climb in with her, but then I thought, ‘What are you doing? “You’ve been pregnant for nine months,'” she said.

“I ended up holding on to her because I didn’t know how badly she was hurt at the time.

According to Today and WMAR-TV, when emergency workers got to the scene, Warfield checked herself into the Johns Hopkins Hospital in Baltimore.

The firefighter and her boyfriend, Joshua Daugherty, had a healthy baby girl named Charlotte less than a day after the accident. She is the third child of Warfield.

In a Facebook post, Bowleys Quarters Volunteer Fire Rescue and Marine called Warfield “a true public servant” and said, “No good deed should go unnoticed, so we wanted to bring attention to Megan’s heroic and selfless actions.”

“Congratulations, Momma Megan! You did a great job!” said the department.

Chief Fire Officer Shannon Stallings told WMAR-TV that he wasn’t surprised that Warfield wanted to help, but he was shocked to see how close to her due date she was.

“It’s not unusual to see our volunteers on the scene,” Stallings said, “but to see one who had been in charge of paperwork laying in glass and oil trying to help a woman who was only a few weeks away from giving birth blew my mind. That doesn’t happen very often.”

Warfield had been working at a desk in the weeks before the crash and when she gave birth. Now, she can’t wait to get back out into the field.